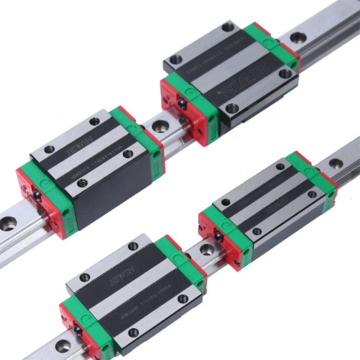 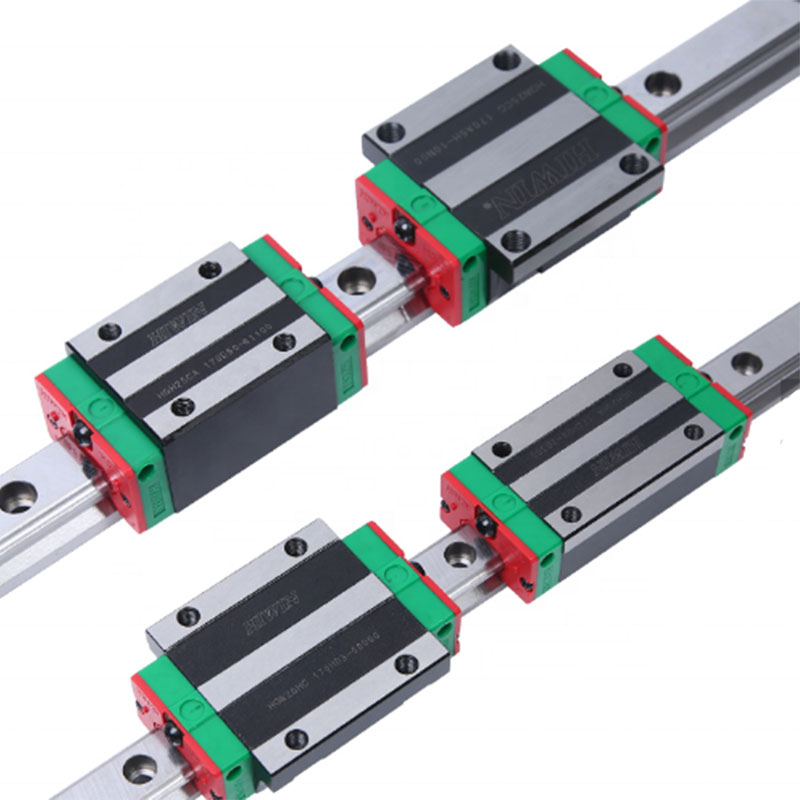 By design,the circular-arc groove has contact points at 45 degrees.HG series can absorb most installation errors due to surface irreqularities and provide smooth linear motion through the elastic detormation of rolling element sand the shift of contact points.Self-alianing capability,high accuracy and smooth operation can be obtained with an easy installation.


(3) High rigidity in all four directions
Because of the four-row design,the HG series linear rail has equal load ratings in the radial,reverse radial and lateral directions.Furthermore.the circular-arc groove provides a wide-contact width between the balls and the groove raceway allowing large permissible loads and high rigidity.

Linear guideways are designed for precise motion applications requiring high load carrying capacity.But improper installation will increase the unnecessary load,shorten the service life,and destroy the inherent running accuracy of linear guideway system.Knowing and following the three installation specifications described below will help ensure that your installation achieves the required accuracy and does not fail prematurely.

The most common linear guideway installation is the double track,four slider arrangement.However, regardless of the number of sliders, when two rails are used in parallel,additional side loads can occur if they are not installed within the manufacturer-specified parallelism tolerance(usually expressed as P1).There are a variety of options for fixing the rail and ensuring its straightness,from the most precise method of using a machined reference edge for each rail,to the least precise(and least costly)method of installing a rail using a straight edge or gauge,and the use of connecting plates to "float" the second rail to the correct alignment.It is important to note that the allowable side force may be reduced if the guide is not mounted on the reference edge or fixed bar.This is because the shear strength of the guideway mounting screws becomes the limiting factor for allowing lateral loads when there is no lateral holding.

The guide rails used in parallel should also comply with the maximum allowable offset in the vertical direction.This is usually specified as S1 and is a function of the distance between tracks and the slider's preload - the higher the level of the slider's preload,the smaller the vertical offset allowed.If this value is exceeded, the rolling moment will be introduced into the slider,which may result in a shortened Bearing life.When calculating the vertical deviation,the height tolerance H of the slider must be considered. If the inclusion of a height tolerance results in an offset greater than allowed,a slider with lower preload or higher accuracy should be used. 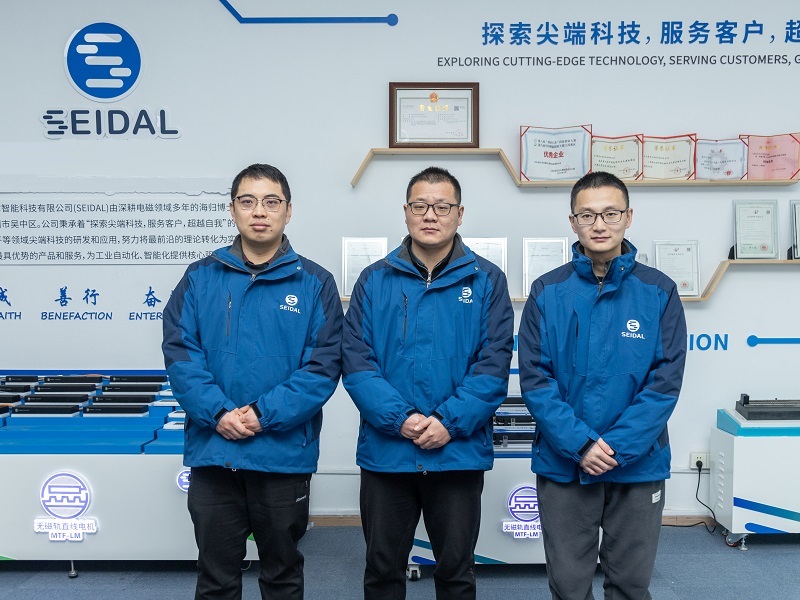 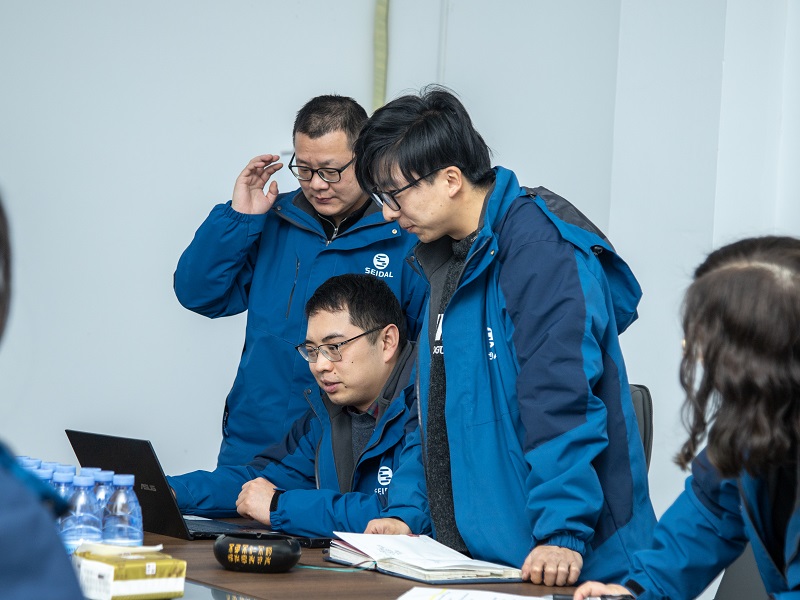 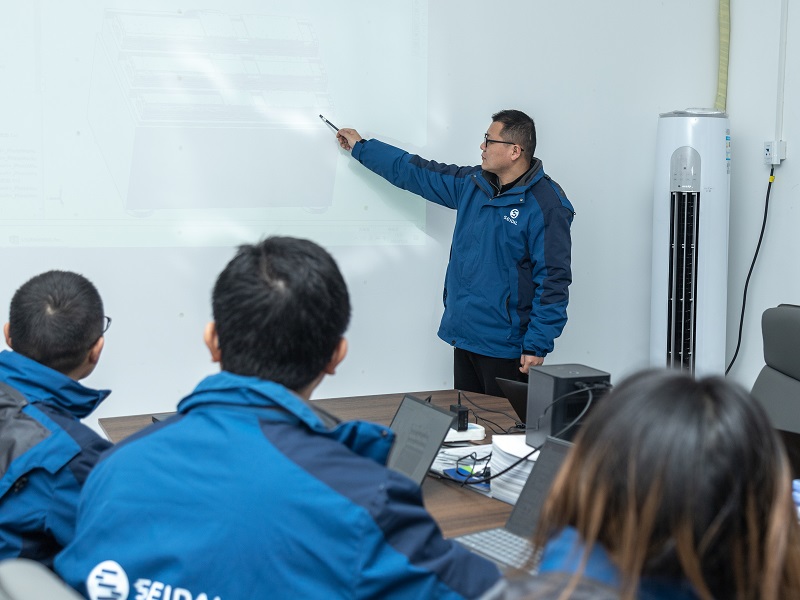 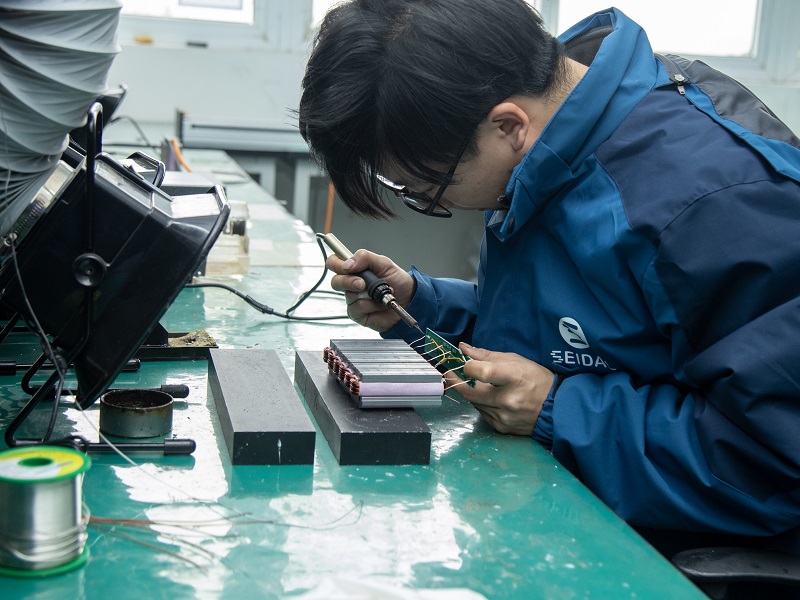 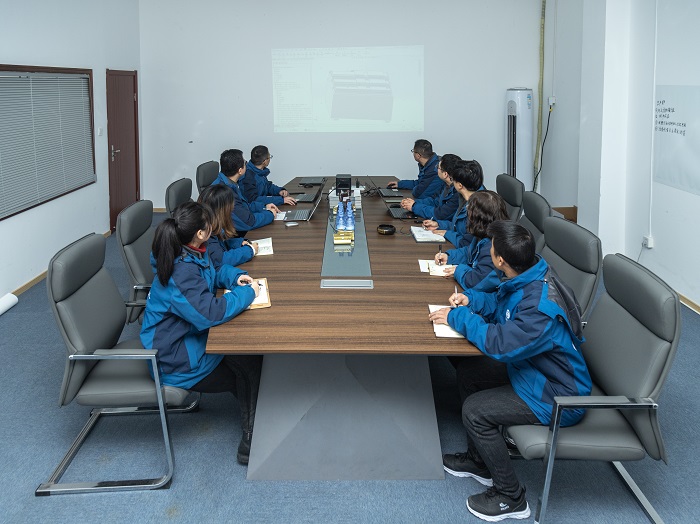 SEIDAL brand was founded by a team,who have acheived Doctoral degree.Their major is electric engineering and have been involved in the field of electromagnetics for 10 years.

Seidal is trying to transform the cutting-edge theories into the practical products, to provide the most advantaged products and services for our customers, and to provide the powerful `engine` for the intelligent manufacturing industry. SEIDAL is awarded the [leading talent start-up for innovation" in Wuzhong district, the"leading talent start-up for innovation in Suzhou" and the"Excellent technology company" in Wuzhong Gaoxin district.

Email to this supplier